You are here: Blue Morph Blog Home | In praise of reframing

In praise of reframing

Whilst killing half an hour waiting for my son to finish playing hockey on the Astroturf at the University of East Anglia, I went to the bookshop at The Sainsbury Centre, the rather fabulous art gallery which sits in the grounds of the University. A small book on Art* caught my eye. I leafed through it and stopped at an arresting image. You might know it. It’s by Picasso. 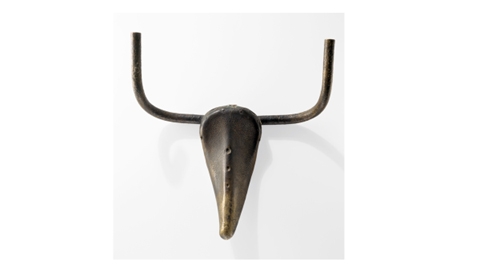 I saw it first as a bull’s head and then read that when it was first exhibited, in 1955, the caption in the catalogue described it as, ‘Bicycle seat and handle bars’. The story is that Picasso was walking past a rubbish dump and saw the two pieces of discarded bicycle. I really like the way he has reframed them for us, so we too can now see them as something else.

I find the idea of reframing really helpful in general. It allows us to see situations and others differently, giving us new possibilities for action. A favourite YouTube clip of mine shows the way that words can reframe a situation with very different consequences.

I was recently marking some students’ masters theses and came across a wonderful reframe of the drama triangle that one of them had found and referenced. It is called the Winner’s triangle. ***  In the reframe, the Persecutor becomes the challenger; the rescuer becomes the coach; the victim becomes the creative problem solver. This enables people to behave and respond to others differently because they reframe their own role. They can then be ‘present in the moment’ and be in Adult rather than in Parent or Child mode. 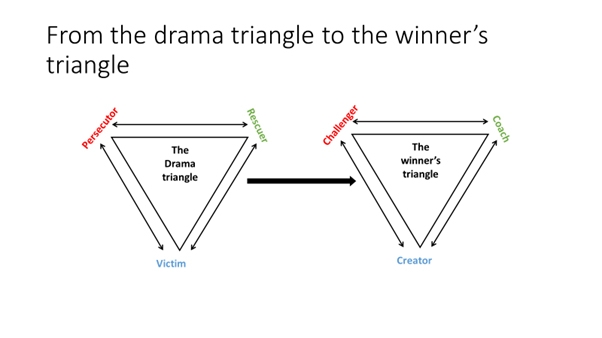 When my son had finished playing hockey, I was able to honestly reframe my wait as a very productive use of time.

Join Liz for a fascinating evening as she introduces her latest book, ‘Relational Change’.

Learn how understanding your own role and that of others can make everyone a winner.

Professional, engaging and approachable, Liz is a higly respected change practitioner and academic. 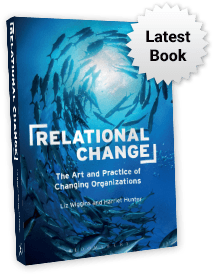 Relational Change: The Art and Practice of Changing Organisations

“[...] no-one contemplating organizational change should be without it.”